While the convenience of being able to remote start your car from your smartphone with the Drone system is obvious, this easy-to-use system has been able to get clients out of a jam on more than one occasion. Let’s take a look at two examples where DroneMobile users have used their telematics systems when they got into a bind.

Keys and Phone Locked in Your Car?

Our friend Bob was on his way to work when he realized his truck was almost out of gas. As is normal on most mornings, he didn’t leave much extra time for stops on his way to the office. Not wanting to run out of fuel, he pulled into a Shell station to fill up his truck. In a rush to get the truck fueled and back on the road, he managed to lock his keys, phone and wallet in the vehicle.

In cases like this, there are usually two options. First, call someone at home to bring an extra set of keys. Option two is to call a tow truck in hopes that the driver can unlock the doors with a lockout kit. As luck would have it for poor coffee-deprived Bob, nobody was home.

Thankfully, he’d equipped his truck with a remote car starter that includes a Drone smartphone interface. He asked a fellow patron at the gas station if they would let him download the DroneMobile app so that he could unlock his vehicle. With the app installed in a few seconds, he entered his username and password to log in, then sent an unlock command to the truck. The doors were open three seconds later. After uninstalling the app on the phone, he bought his helpful friend a coffee for their trouble.

Using another phone with the DroneMobile App was a great idea. Given the speed of most cellular data connections, it took less then two minutes to complete the entire process. Bob could have logged into the www.dronemobile.com website using the smartphone’s web browser and sent the unlock command. Another option would have been to call a family member and have them unlock the vehicle from their phone, or have them log in on the website and send the unlock command. With Drone on-board, there’s a lot of options to get out of a headache scenario like this.

You Won’t Get Lost in a Big City

It seems inevitable that even when we think we know where we’re going, circumstances lead to us getting lost. We recently heard of a case where a friend’s wife had to go into Buffalo for a meeting. They live just outside of Niagara Falls, so this wasn’t a long trip. Kelly did the best she could, having looked up her destination on Google, but after a few detours caused by construction and one-way streets, she quickly found herself somewhere she didn’t recognize. She didn’t have a navigation system in her car and didn’t want to risk getting a ticket by using her phone. She called her husband using her Bluetooth system for help.

The trick to getting un-lost is to know where you are. Her husband logged into the Drone website and used the GPS-based vehicle locating function to find her location. As it turned out, Kelly was just a few blocks from where she wanted to go. Her husband gave her directions to the parking lot she was looking for, and she made it to her meeting right on time.

Add the Convenience of Drone to Your Car or Truck Today

These stories are just two examples of how the features of Drone extend well beyond remote starting your vehicle on a cold winter morning. If you’re interested in adding a remote car starter with the Drone telematics system to your vehicle, drop by your local authorized Firstech retailer. You can find one using the dealer locator on their website. For more information about Drone, be sure to follow them on Facebook, Instagram and Twitter. You can learn more about the amazing features of the Drone system with the videos on their YouTube channel. 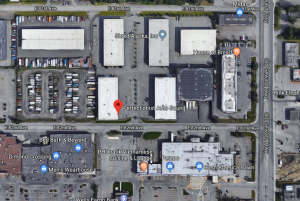